To celebrate Family Day 2022 read this feature on Brett Hendricks and Rick Dang, two of our amazing team members who have seen a lot of growth during their careers at Xpan. They married their sweethearts, built homes, and raised families while part of our team. With a combined +30 years tenure of creating knowledge solutions at Xpan, these two demonstrate work-life balance in all that they do. 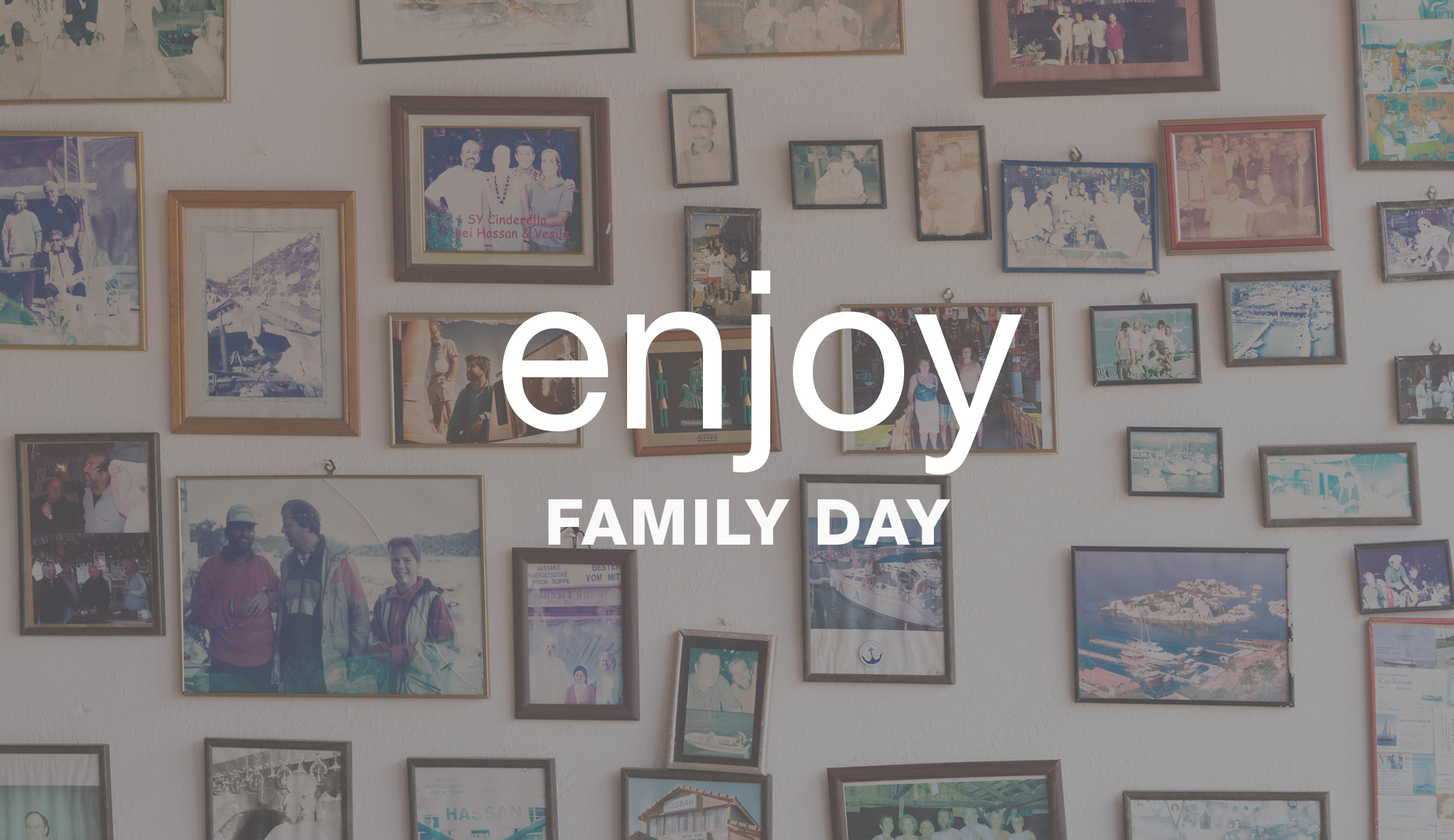 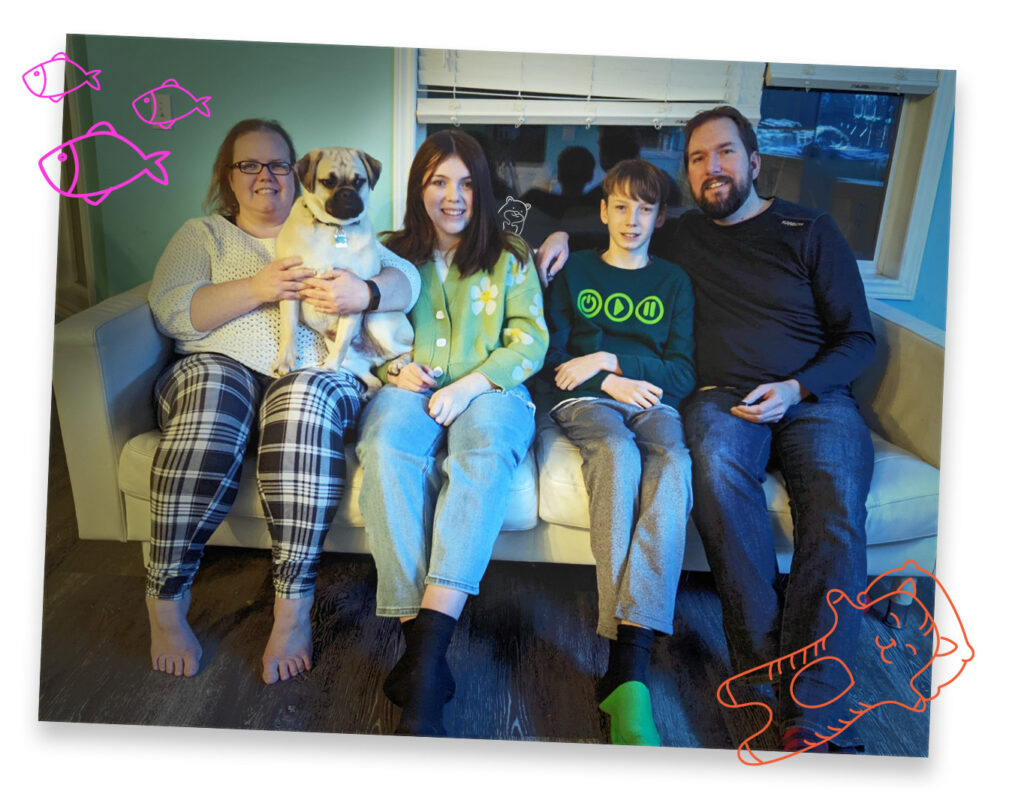 If Brett and Brianne Hendricks’ life were a movie, it could easily be called The (Not-So) Secret Life of Pets.

That’s because pets – furry, scaly, hairy, shelled – have played a large part in the relationship of the long-time Xpaner and his wife.

“There’s Perry the puggle, Max, Bailey and Tom the cats, Ruby and Bowser the turtles, and Bolt and Stitch the guinea pigs. I got rid of my saltwater fish and reef. I wouldn’t want to have too many pets,” laughs Brett.

The menagerie is only the latest in a long line of animals that have featured in the couple’s 20 years together, starting right from the start.

“We met on Lavalife (online dating site) and the first time we met in person was when he visited the pet store I worked at,” says Brianne. “I was at the cashier and he just walked in. I recognized him from his Lavalife profile. We went out that night.”

Two years later, their mutual love of pets played another important role in their relationship, this time in the form of a proposal.

Instead of dropping to one knee, Brett tied a well-placed note on the end of a string usually reserved for their cat to play with. It read: “Will you marry me?”

Eleven months later they were married, exactly three years to the day that Brett walked into Brianne’s pet store. 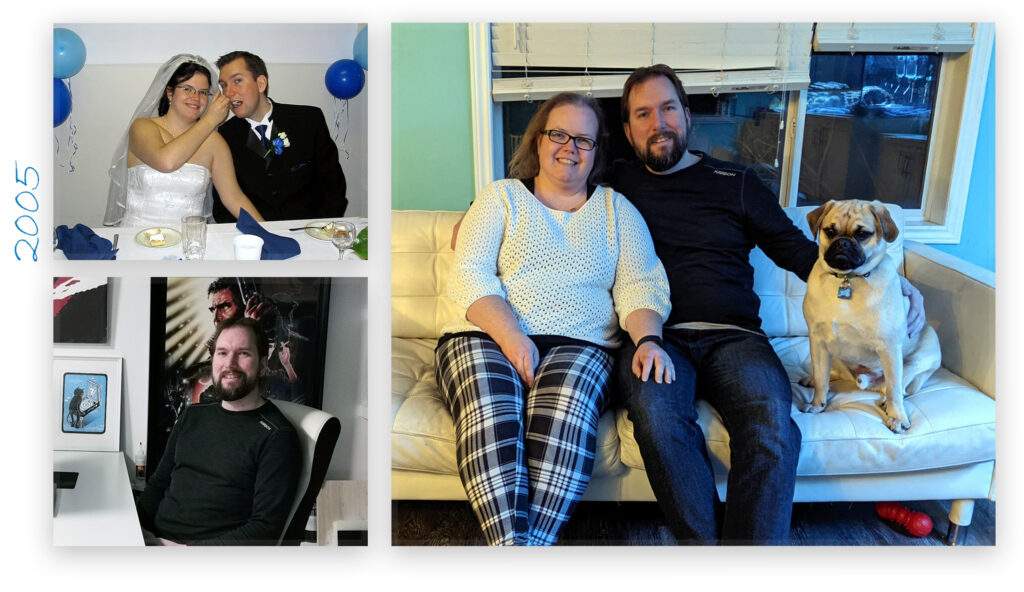 A lot has changed since then, including the addition of two kids, Danika, 14 and Bryce, 12, but through it all Xpan has featured almost as prominently – and for as long – as their pets.

Brett was just 22 years old, fresh out of SAIT and trying to pay the rent, when he started at Xpan as employee #001 two decades ago.

“When I met (Xpan Founder and President) Ron (Thiele), he was working out of this little cubical in some shared office space. Things have really taken off from then,” he says.

“Brianne and I have almost entirely grown up with the company. Pretty much everything we’ve done stems from the employment at Xpan: our first house, subsequent houses, kids. It’s been Xpan since the beginning,” says Brett.

“Obviously, they’ve supported us financially but it’s just not that. In 2009, Brianne was diagnosed with cancer and I was working on my laptop out of the hospital. Xpan was very understanding and patient. Really, it’s always felt more like a family than a job, to be honest. Those lines have always been a little blurry, in a good way.”

Although his role at Xpan has evolved over the years, from animator to multimedia developer to troubleshooting fixer, his love of and loyalty to the company remains unchanged.

In fact, loyalty is high on his list of virtues, both to his marriage and to Xpan.

“I’d say I value loyalty above all things. I take pride in my lengthy employment and enjoy being a part of the company for so long, being part of its success and challenges.” 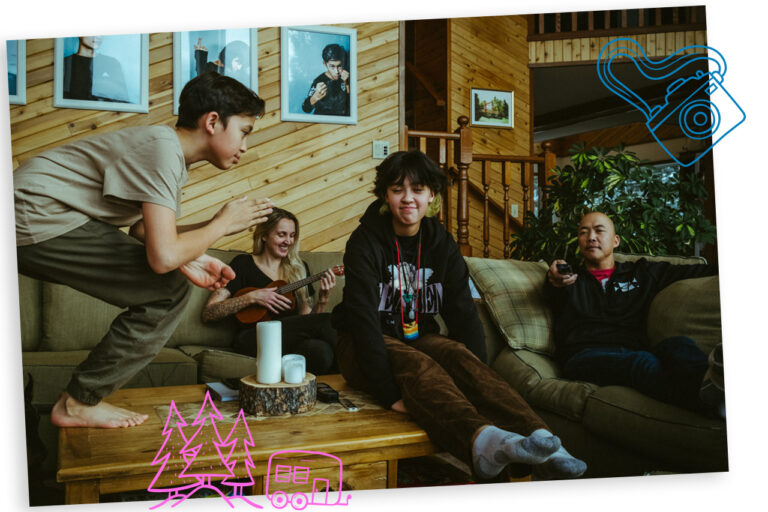 Creating the life you want isn’t always easy, but for Rick and Aneta Dang, the effort’s been worth it.

For the past 17 years, long-time Xpaner Rick and his wife have embraced the ups and downs of their relationship, a pursuit that has brought them – literally – to a much different place.

“We definitely had to work hard at it in the beginning because we were still very new at everything. There really is no trick, you either put in the effort and make it work, or you don’t. We chose to put in the effort,” says Rick.

That same dedication has also served Rick well at Xpan, where he works as a development lead.

“Loving my job and the work I do helps me stay motivated and committed, but I’ve also never met a boss like (Xpan Founder and President) Ron (Thiele). The bar has been set so high now that I’m doubtful I could ever replace him,” he says.

“When I started at Xpan, there were five employees, a small crew to handle it all and everyone knew everyone. Now it’s grown into a place where there are employees I have never met. It’s pretty wild but the growth has excelled Xpan into a work environment I could only dream of 15 years ago.”

It’s thanks to Rick’s skill as a developer and his long relationship with Xpan that has allowed him to balance his workload with life at home.

“Work can be pretty crazy at times and up until about four years ago, there wasn’t much balance. Life is definitely different now. I do a four-day work week, which gives me the perfect work/life/family balance.” 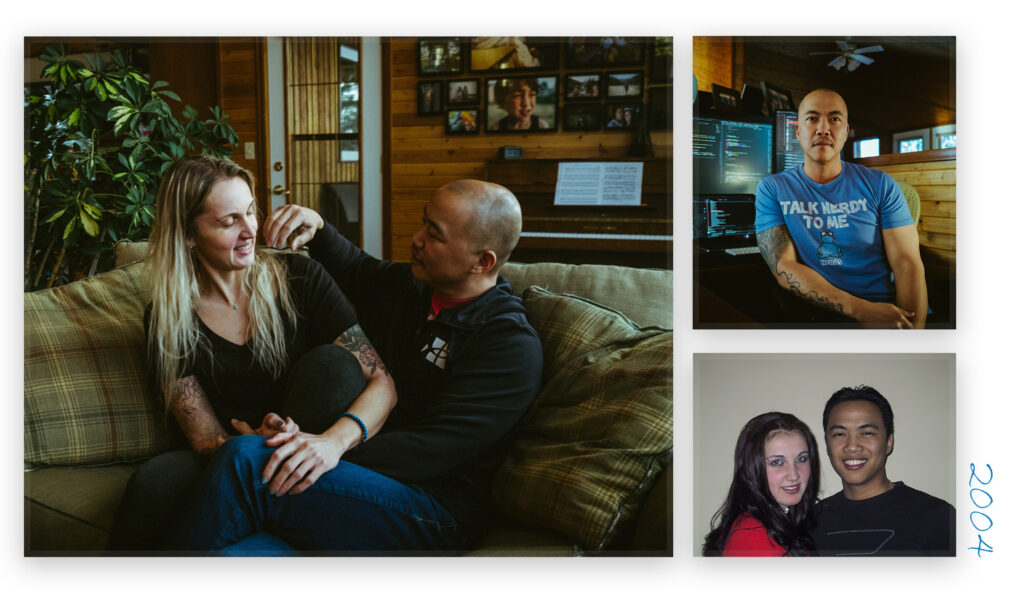 For Aneta, that balance means exploring her creative side, starting a soap business, working as a massage therapist and unschooling – a form of homeschooling – two of their three kids while making time to pursue other interests as a couple.

“Knowing boundaries and being accepting of each other’s perspectives has been a huge learning curve but has proven to aid in keeping us balanced,” says Aneta.

“Approaching life and day-to-day activities with a glass-full mentality has kept us grounded as well, not to mention personal one-on-one time without distractions, which for us involve road trips and taking us out of our comfort zone,” she says.

“It’s a journey we’re on and every day it changes.”

The couple recently exchanged city life for a more rural existence, moving to “the middle of nowhere” approximately an hour outside of Calgary, something Rick says they couldn’t have accomplished without Xpan’s support.

“It’s beyond what we ever thought we’d have at this stage in our lives. I honestly feel like I’m waking up in an Airbnb every day. It’s so wonderful and a lot of this is possible because of Xpan, being employed at a time like this, being able to work from home.”